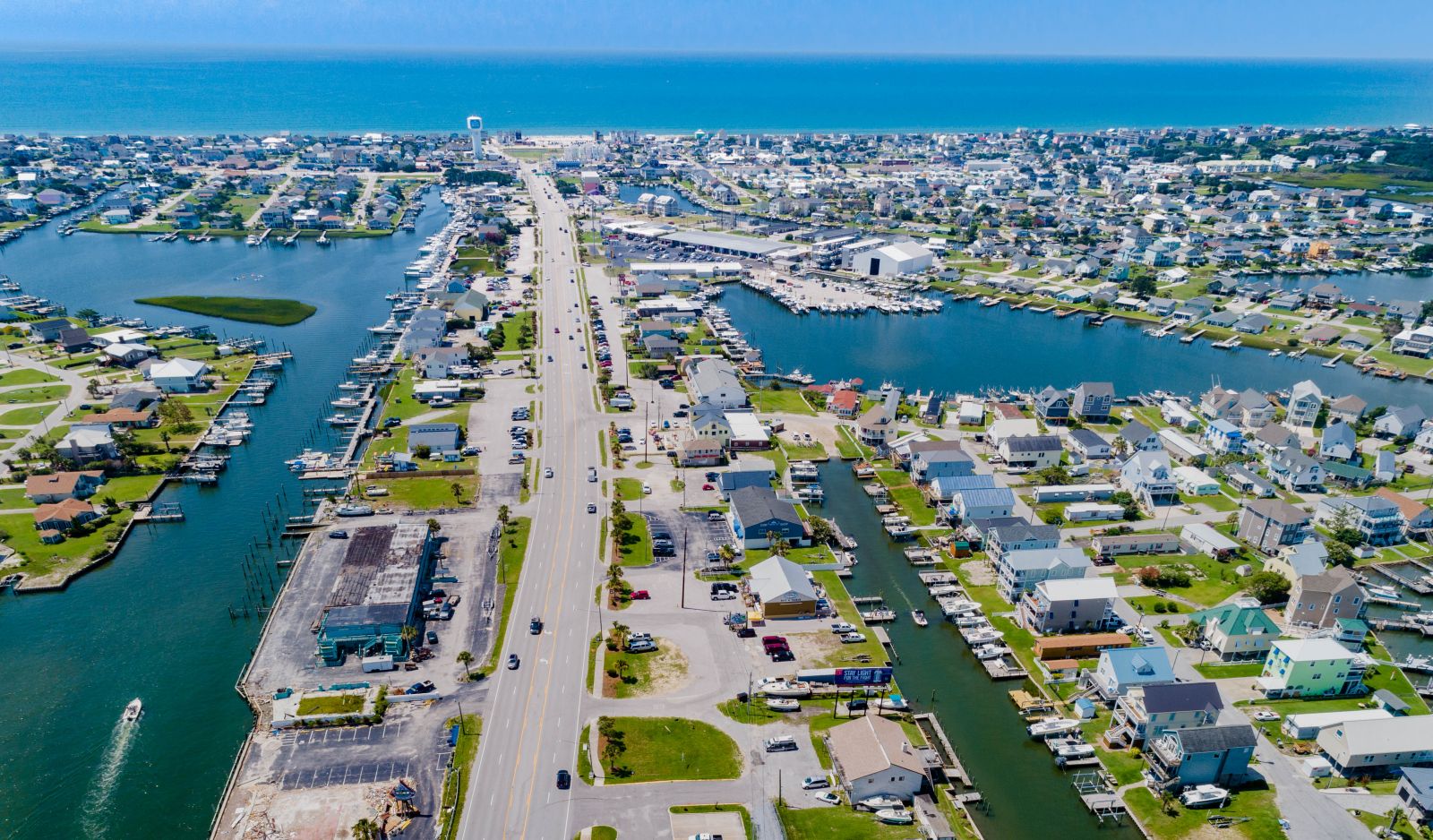 The most eastern town on the island of Bogue Banks, Atlantic Beach is one of the oldest beach towns along the Crystal Coast. This coastal community boasts an abundance of beautiful beaches, along with historical landmarks and plenty of shopping. Located about 20 mins from Emerald Isle and right over the bridge from Morehead City, Atlantic Beach has a variety of beach-style living.

While it’s well-known for it’s beautiful beaches, Atlantic Beach is also home to a variety of activities for any beach-goer. To the east sits the historic Fort Macon State Park, home of the historic Civil War fort. During the summer months you can hear canons firing and concert music filling the air. Atlantic Beach also features a town park and movie theatre.

The beaches aren’t the only thing that make Atlantic Beach exciting. Fishing has been a long-enjoyed past time here in Atlantic Beach. Whether it’s from a pier, boat or beach, there’s a style of fishing that fits anyones needs. Want to get a view from under the water? Check out the dive scene. Our coast has been named one of the worlds best wreck diving due to the abundance of sunken ships and beautiful tropical fish.

Atlantic Beach Things To Do